What if there is even more to this situation than what has been said? What if a misconception is being uprooted? Is it possible that there is an elephant in the room?

“Fortunately a year or so later I heard Heifetz in his last concert performance of the work, in Los Angeles, Izler Solomon conducting. An incredible experience–not my last of Heifetz, fortunately, but one of the greatest.”

How lucky you were.

For many years I refused to listen to any other violin player than Heifetz. I had become so exhausted by the sturm und drang of what seemed the more popular style of playing. Recently, I have begun to listen to others and then to Heifetz, and am constantly surprised and amazed at his interpretations. It is as though he enters the mind of the composer, to share the inner structure of the piece; while, of course, using the most exquisite technique.

There is a small yet significant niche for those, such as you, who have experienced Heifetz firsthand. The most well-known favorable book is Sherry Kloss’ “Through My Eyes”. If you were to collect your impressions and recollections into an article or blog, there are many, such as myself, who would treasure such an effort.

It had been my dream at one point, to try to study with Heifetz, even though I am just a flute player. I did even write to him, but by that time, it was too late, as he was gone a few months later.

Good for Kavakos. To my thinking, Heifetz is a hard act to follow, but not impossible.

I heard the Sibelius performed last week by an outstanding flautist, DB of the Met Opera Orchestra. As much as I appreciate his pushing the envelope, I was reminded how very different the flute and violin are in terms of nuance and expression. It does not seem feasible to recreate the architecture we hear in the finest readings of this piece on any other instrument than the violin.

With all due respect to the players, who probably really want only to return to work in a fair and trusting environment, perhaps the perception of this ‘nuclear option’ is akin to the public’s reaction to the saber-rattling of Kim Jong Un?

Don’t we have to wonder what an opera critic is really like, when they make a statement such as JK “paced himself cautiously and acted blankly”? I wonder how many of them have tried to sing along with Parsifal for the better part of six hours?  Who wouldn’t ‘pace themself?’  As far as ‘acting blankly’, has it occurred to this critic that acting like a fool is part of the early character of Parsifal? 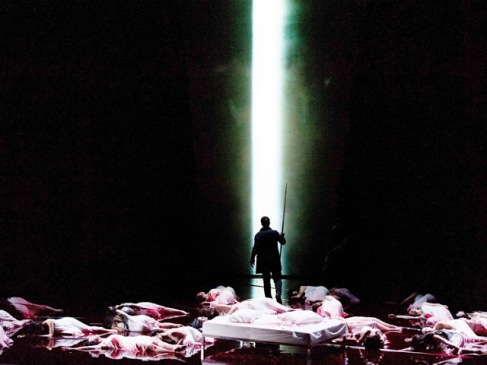 I look forward to hearing Mr Ventris sing Parsifal some day. But for now, I feel that I have waited a long time for this Met production, and it was worth the wait. All the main characters came to life, and the staging was generally sufficiently minimalistic to keep our focus on the music rather than a clutter of costumes and backdrops.

I don’t know what Wagner would have thought of this Met production, but it does seem to me that it touches a wide audience with a universal tone.

RL said, “On the Minnesota Orchestra front, Graydon Royce of the Minneapolis StarTribune, who has done as good a job of covering this dispute as I’ve ever seen done in a field rather difficult for non-insiders to read”

With all due respect, it seems to me that Graydon Royce very likely has ears-on-the-inside of at least the player side this situation (unless he is really psychic…)

An breath of fresh air, speaking out about some tangential things connected to the Mo-lockout